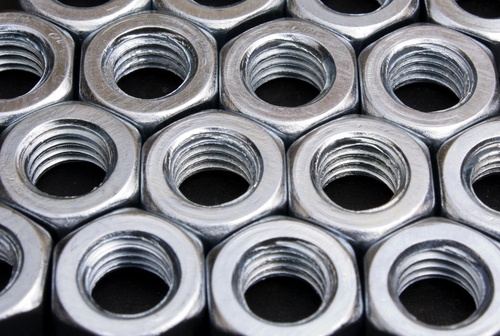 Overproduction in the Chinese government owned steel industry is causing a global oversupply and driving out otherwise competitive US producers. Obama administration and GOP leadership refuse to do anything about it, but rather fast forward on the same field trip trade policy.

The new year does not appear to be happy for some U.S. Steel (X – Analyst Report) workers. The steel giant said yesterday that it would temporarily shutter plants in Illinois and Indiana, laying off 545 more people starting Mar 2015.

According to sources, U.S. Steel said yesterday that it would shut down coke-making plants at its Granite City Works in Illinois, impacting 176 people. The move is a part of the company’s ongoing restructuring actions.

Moreover, U.S. Steel is reportedly planning to idle a tin mill, which would lead to lay off of another 369 workers. The mill (“East Chicago Tin”) is a finishing plant that operates as part of the company’s Gary Works facility in Indiana and makes tin plate, black plate, tin-free steel and coated sheet for the container industry. The Pittsburgh-based company cited the adverse impact of low-priced imports of tin mill products on its business as a reason for the planned action.

The latest move came after the recent announcement of the planned closure of a couple of facilities in Ohio and Texas. U.S. Steel said, earlier this month, that it is idling its Lorain Tubular Operations in Lorain, OH, and also temporarily suspending operations in another steel tube facility in Houston, TX, resulting in a lay off of 756 workers. This coupled with the company’s latest announcement takes the aggregate lay off tally to over 1,300 people.

The Lorain plant makes steel pipes and tubes for the oil and gas industry (used in exploration and drilling applications) while the Houston facility processes and tests them.

U.S. Steel, which had around 26,000 employees in North America in 2013, blamed plunging oil prices and weakening tubular market conditions for the planned closures in Ohio and Texas. Crashing oil prices are affecting demand for products made in these plants and hurting the company’s business in the energy market. Several energy companies are dialing back drilling plans in the face of the oil price slump.

Oil prices have been on a freefall for some time now as oversupply is outweighing demand, causing pain for companies across a broad spectrum of industries including steel. Global oil prices have hit five-year lows on supply gut as OPEC remains firm on its decision not to cut production.

U.S. Steel, once the country’s first billion-dollar corporation, remains hamstrung by weak steel market fundamentals. It has posted losses for five consecutive years through 2013 on weak demand. The company, which was ousted from the Dow Jones Industrial Average in 1991 and was also removed from the S&P 500 last year, is desperately looking to reverse that trend. U.S. Steel, which has seen its shares sag around 39% over the last three months, will report its fourth-quarter 2014 results on Jan 27.

Oversupply in the industry has put pressure on steel prices as Chinese steel production has outpaced demand. The low costs of production in China enable the local producers to sell their product at cheaper rates, leading to an industry-wide price decline, hurting margins and earnings power of U.S. steel makers in the process.


Amid a difficult operating environment, U.S. Steel is aggressively pursuing actions to improve its cost structure and boost revenues on a sustainable basis through its “Carnegie Way” program. As part of this initiative, the company is realigning its three business segments and establishing a new management structure. CEO Mario Longhi said that the move will help the company to create a closer bond with its customers by catering to their market demands, thus strengthening its position globally.