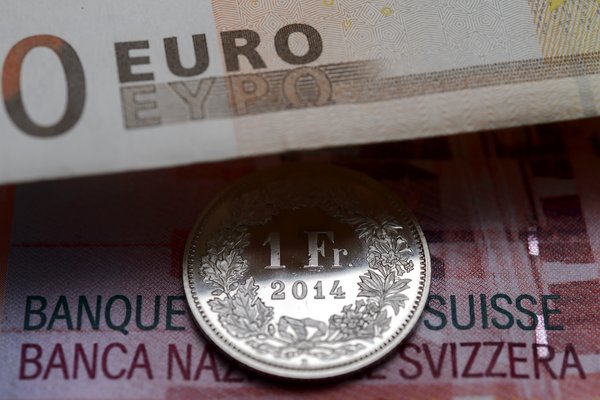 PARIS — The Swiss central bank stunned global markets on Thursday by abandoning a crucial part of its three-year effort to hold down the value of its national currency against the ever-weakening euro.

The country had been trying to cap the value of its currency, the franc, as nervous investors fled the market tumult and sought the relative safety of Switzerland. But in the face of a steep decline in the euro, the plan proved too risky and too costly to continue.

The abrupt move sent the value of the Swiss franc soaring, as the country’s stocks broadly plummeted. Exporters, in particular, got slammed, over fears that the rising currency would weigh on profit.

“Words fail me!” Nick Hayek, the chief executive of the Swiss watchmaker Swatch Group, said in a statement distributed to news media, adding that today’s action “is a tsunami; for the export industry and for tourism, and finally for the entire country.

The shocking move underscores the turbulent state of the global economy. Around the world, smaller economies are grappling with how to navigate the aggressive monetary activism of major central banks like the Federal Reserve in the United States and the European Central Bank.

The European Central Bank is expected to announce a major new stimulus program next week to pump money into the region’s troubled economy, which is creating downward pressure on the euro. The pressure is particularly marked against the dollar, which is rising in part because of a strong United States economy and plans by the Federal Reserve to raise interest rates.

If the Europeans undertake such an effort, it would make it that much more costly for the Swiss to buy enough euros to maintain the value of the franc underneath the target. So the Swiss leaders’ abandonment of the target was taken as a bet that easier money from the European Central Bank is on the way, and potentially on a vast scale.

“Recently, divergences between the monetary policies of the major currency areas have increased significantly — a trend that is likely to become even more pronounced,” the Swiss central bank said in the announcement.

The Swiss policy dates back to September 2011, near the height of the sovereign debt crisis in Europe.

So the Swiss monetary authorities instituted a policy to try to keep the euro to a floor of 1.20 francs. Only last month, it reiterated a pledge to continue to support that floor by buying the euro in “unlimited quantities” if needed.

The Swiss franc soared against the euro and the dollar on Thursday after the Swiss central bank ended its policy of capping the value of the currency versus the euro.

The Swiss central bank’s strategy, which involves selling francs on the open market in exchange for euros, has been controversial at home. Many exporters had welcomed the decision to hold down the franc.

On Thursday, the central bank surrendered to the market dynamics, saying in a statement that it was giving up the minimum exchange rate.

“This exceptional and temporary measure protected the Swiss economy from serious harm,” the central bank said in a statement. “While the Swiss franc is still high, the overvaluation has decreased as a whole since the introduction of the minimum exchange rate. The economy was able to take advantage of this phase to adjust to the new situation.”

Phyllis Papadavid, foreign exchange strategist at BNP Paribas in London, said after the Swiss central bank action that monetary authorities were “still sensitive” to the overvaluation of the franc, but that they had adapted to changed conditions — particularly the dollar’s recent rise — by changing course.

“They haven’t given up,” Ms. Papadavid said, “they’re clearly going to continue watching it.” 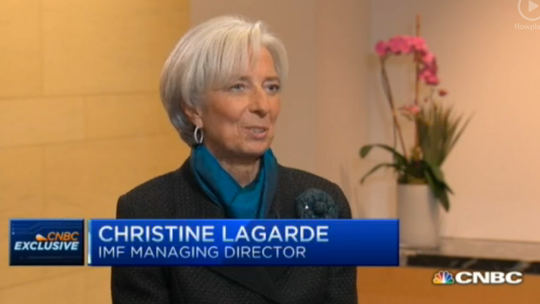 As it scrapped the cap, the Swiss central bank simultaneously cut interest rates, hoping to offset some of the damage in foreign exchange markets. It reduced the rate that it would charge lenders for certain deposits they hold at the central bank, to minus 0.75 percent from minus 0.25 percent.

But that was too little to stop the tide, as the franc rose nearly 17 percent against the euro. Swiss stocks also plummeted in value as investors hastened to sell equities priced in francs.

Shares of Swatch, the global watch brand, fell 16 percent, leading the Swiss market index more than 10 percent lower. But the decline was broad-based, including Nestlé, the food manufactuer; Holcim, the giant cement maker; and the chemical company Syngenta.

“We can only guess at what was in their minds,” Carl Weinberg, chief global economist at High Frequency Economics, said of the Swiss central bank’s move. “Maybe they are afraid that the euro is coming on some hard times, and they didn’t want to be tied to a sinking ship.”

Mr. Weinberg said it was hard at the moment to tell what the fallout would ultimately be, but that it would mainly be “micro effects, rather than macro effects.”

“A lot of people were borrowing in Swiss francs because they were cheap,” Mr.Weinberg said. “Well, anyone who borrowed in francs now owes something like 15 percent more than they did yesterday.”

“But anyone who has Swiss assets is a little bit richer today,” he added. “Net, there are winners and losers.”​