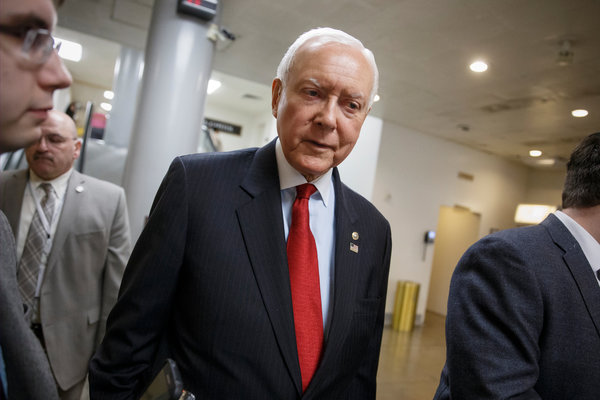 WASHINGTON — An odd marriage of convenience between liberal Democrats and Tea Party Republicans is squeezing President Obama on his ambitious trade agenda, forcing the White House and top Republicans to fight a two-front war on an international economic effort the president hopes to secure before he leaves office.

An alliance between the likes of Representatives Louie Gohmert and Dana Rohrabacher — two of the House’s most conservative members — and Rosa DeLauro and Louise Slaughter — ardent liberals — is unlikely enough. But as the political fringes expand on each end, they are challenging another strange-bedfellows alliance between Mr. Obama and Republicans like Representative Paul D. Ryan and Senator Orrin G. Hatch, who have joined together in a push to secure “fast-track” trade promotion authority before the administration completes a major trade agreement with 12 partners along the Pacific Rim.

“This president has tried to rule by dictate in a number of arenas,” said Mr. Rohrabacher, explaining the right’s reluctance to now give Mr. Obama the authority to complete a trade deal under the traditional rules that offer Congress only an up-or-down vote, with no power to amend it. “He’s issued executive orders in a way that is totally out of sync with what executive orders are supposed to be about. A lot of people think this president has been much more aggressive in centralizing power.”

Ms. DeLauro, not usually an ally of Mr. Rohrabacher’s, struck a similar theme.

“We have trusted and trusted for years and years, and it’s only been to the detriment of American workers,” she said. “Members of Congress are fed up with this. The trust factor, whether it’s Barack Obama or anyone else, is not there any longer.”

Mr. Obama has raised the stakes himself. Just last week, the White House’s new national security strategy elevated the importance of trade as an element of United States defense policy. The Trans-Pacific Partnership — a 12-nation accord still in the works — is seen by administration officials as a linchpin for the Obama administration’s strategic pivot to Asia.

But the politics are only growing more confusing. The new breed of populist conservatives who have come to the House since the 2010 Tea Party wave are less enamored of the pitches of Wall Street and big business, on issues like reauthorizing the Export-Import Bank and raising the gasoline tax to fund the rebuilding of the nation’s infrastructure.

The White House understands that trade promotion authority will be a tough sell with Democrats. Instead, the president’s strongest supporters include two men he has frequently battled: the House speaker, John A. Boehner of Ohio, and Senator Mitch McConnell of Kentucky, the majority leader.

But even as most liberal Democrats have become disenchanted with the trade agenda advocated by a variety of American business interests, it is the erosion of support in the rank-and-file right that has Mr. Obama sweating the most. In 2002, the last time Congress approved such authority, the House passed it by a bare majority, 215 to 212, with 190 Republicans carrying the load, and only 27 Democrats coming along for the ride.

That was for George W. Bush. This time, Mr. Boehner, prominent committee chairmen like Mr. Ryan and an alliance of business and agricultural groups are going to have to persuade dozens of conservatives to confer power on a president they say has seized too much authority already. Tea Party groups are already flexing their muscle with Republicans they helped elect, pressuring them to oppose anything that strengthens Mr. Obama’s hand and, they argue, weakens United States sovereignty over economic policy.

“After President Obama’s power grabs over the past three or four years, people have come to the conclusion you should not be giving this president any additional authority,” said Rick Manning, president of Americans for Limited Government, a Tea Party-aligned advocacy group. “To do so really is a betrayal to the people who elected this Republican Congress.”

There are divisions on the right. Club For Growth, a conservative political action committee, has come out for trade promotion authority.

But groups more on the fringe, like TheTeaParty.net and the Eagle Forum, are strongly opposed.

Heritage Action for America, the political arm of the conservative Heritage Foundation, has backed trade deals in the past, often strongly. This time, Dan Holler, the spokesman, said the group had “serious concerns” that Mr. Obama would use his authority beyond the scope of trade given “the president’s frequent usurpation of legislative authority.”

Senator Bernard Sanders is an independent liberal from Vermont and a longtime opponent of trade accords. With more than a hint of delight, he welcomed the unexpected support from the right. “Some of my conservative friends” he said, “are worried legitimately about the issue of sovereignty.” The fight is heating up quickly. Both Mr. Ryan and Mr. Hatch have vowed to draft trade promotion bills soon. Both gave speeches last week strongly advocating moving forward. Mr. Ryan has tried to take on the Tea Party arguments head on, saying trade promotion authority isn’t about ceding power to the president but asserting a congressional role by setting out demands for the trade deals under negotiation. The Business Roundtable, United States Chamber of Commerce and other business groups have already begun a full-court press.

“Twenty years ago, trade supported one out of every 10 of our jobs,” Mr. Ryan told the Washington International Trade Association. “Now it’s one out of every five. This is our future. And there’s no turning back.”

Opponents are gearing up as well. On Tuesday, labor union leaders and House Democrats will hold an event to press the administration to include stern measures against currency manipulation in any trade agreement, something Jacob J. Lew, the Treasury secretary, has said was not likely to happen.

Those in the pro-trade coalition express confidence they have the numbers they need to pass trade promotion authority. Administration officials say the voices on the left and right may be loud, but they are still a small fringe.

But they have work to do. About 150 of the House’s 188 Democrats have already signed on to letters opposing fast track, an ominous figure for the president, since Mr. Boehner said last Congress he would need as many as 50 Democratic votes.

In 2013, 22 House Republicans signed on to their own opposition letter, of which 17 remain in Congress. And since then, mainstream Republicans like Eric Cantor of Virginia and Tom Petri of Wisconsin were replaced by Tea Party-aligned conservatives who may be less likely to lend the president the support.

An earlier version of this article referred incorrectly to a political group. The group is TheTeaParty.net, not TeaParty.net.