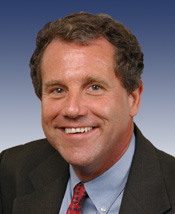 WASHINGTON, D.C. — As Congress prepares to review the Administration’s trade agenda, a bipartisan group of senators will unveil legislation to stand up for American jobs and American manufacturers by holding accountable countries – like China – that cheat trade law by manipulating their currency. During a press conference on Tuesday, U.S. Sens. Sherrod Brown (D-OH), Jeff Sessions (R-AL), Charles E. Schumer (D-NY), Lindsey Graham (R-SC) and Debbie Stabenow (D-MI) will outline their legislation that would reform and enhance oversight of currency exchange rates.

The Currency Exchange Rate Oversight Reform Act of 2015 would use U.S. trade law to counter the economic harm to U.S. manufacturers caused by currency manipulation, and provide consequences for countries that fail to adopt appropriate policies to eliminate currency misalignment.

The Peterson Institute estimates that that interventions in currency markets by foreign governments have cost U.S. workers as many as five million jobs over the last decade by making it more difficult for U.S. exporters to compete in other countries and by subsidizing their exports. The Economic Policy Institute further found that ending currency manipulation could reduce the U.S. trade deficit by as much as $500 billion within three years, increase GDP by as much as $720 billion, and create as many as 5.8 million American jobs—all while reducing the federal budget deficit by as much as $266 billion.