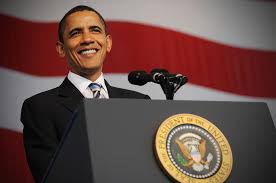 Here’s a minor item which may sound like a mere technicality, but it’s emblematic of a larger problem.

Here’s a minor item which may sound like a mere technicality, but it’s emblematic of a larger problem.

Jeff Zients, director of the Obama’s National Economic Council, recently said in a conference call with reporters to promote the awful Trans-Pacific Partnership that a report released in January by the Peterson Institute for International Economics showed that the U.S. economy would lose $94 billion for each year TPP is delayed.

So we should hurry right up and pass the darn thing.

He argued this amounted to $700 per year per U.S. family.

What the Petersen Institute report — which is dubious anyway, but that’s another story — actually said was that there would be a one-time loss to the American economy of $94 billion if the TPP were delayed from 2017 to 2018.

That’s a very different thing. A one-time cost is buying a new fridge. An ongoing cost is an electric bill.

a) The director of Obama’s National Economic Council doesn’t understand the difference between a one-time cost and a permanent drag on the economy.

b) The director of Obama’s National Economic Council is too busy or too careless to actually read the studies he cites.

c) The administration is flailing around, grasping at straws, and hoping its audience is too uninformed to understand the economics involved.

None of these are especially good news.

My apologies to Mr. Zients, on a purely personal level, if this was an honest mistake. But it still casts serious doubt on the case Obama is trying to make for the TPP, on both the numbers themselves and whether their whole effort is shot through with statistical trickiness and gamesmanship.

The Petersen analysis, which is pro-TPP, is implausible anyway, for a number of reasons, which it has in common with other analyses based on so-called Computable General Equilibrium models:

All these assumptions are somewhere between rather dubious and observably false. The case for the TPP is very weak and dependent on erroneous reasoning. Sanders and Trump are both right to oppose it, and Congress should reject it.