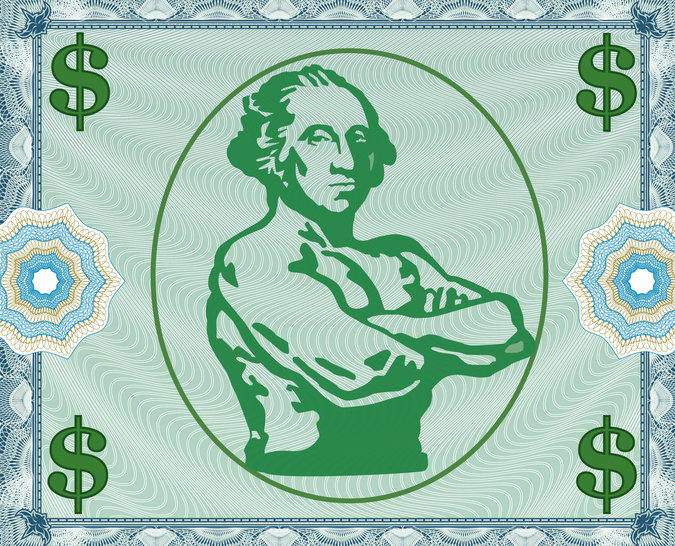 United States Treasury secretaries routinely say that they favor a strong dollar, regardless of circumstances or economic conditions. And the dollar is strong right now, thanks in no small part to actions by foreign central banks.

The European Central Bank significantly loosened its monetary policy on Thursday, in the process driving down the euro and bolstering the dollar. Measured against a basket of currencies, the dollar’s value has soared 19 percent since May, and the momentum seems to be building.

“A strong dollar has always been a good thing for the United States,” Treasury Secretary Jacob J. Lew declared not long ago, a position that he has restated frequently.

But is it really a good thing — for the United States and the global economy?

In 2011, Timothy F. Geithner, then the Treasury secretary, said, “A strong dollar will always be in the interest of the United States.” He uttered that mantra even though leading economists at the time were noting that the dollar was actually weakening and the shift was in the best interest of the United States. A weaker dollar meant that American exports were more competitive in world markets and consumption of imported goods was declining. In turn, that trimmed America’s trade and budget deficits, stimulated the domestic economy, and helped to spur job creation.

A weaker dollar was, arguably, one of the reasons for the health of the American economy, compared with other nations. The stronger dollar that has resulted from that period of American advantage could reverse some of the progress that the United States has made. That’s not obviously a good thing for the United States.

Paying ritualistic homage to the dollar isn’t limited to recent Democratic administrations. After leaving office, Paul O’Neill, Treasury secretary under President George W. Bush in 2001 and 2002, recalled those years: “I was not supposed to say anything but ‘strong dollar, strong dollar.’ I argued then and would argue now that the idea of a strong-dollar policy is a vacuous notion.”

No matter. The dollar is a potent symbol of America’s global power, and United States government officials habitually bow to it, even when their comments aren’t firmly linked to policy or geopolitical reality, said Eswar S. Prasad, a Cornell University professor of economics who is the author of the “The Dollar Trap,” a study of the dollar’s role in global finance.

“The notion that a strong country always has a strong currency isn’t something that many countries subscribe to,” he said. As a continental power that doesn’t rely on exports to the extent that many other nations do, he said, “the United States has been able to sustain the illusion of the importance of a strong currency, but really, when the dollar is fairly strong, as it is now, it’s a mixed blessing for the economy of the United States.”

Disentangling the factors that affect foreign exchange rates — and that make the dollar strong — isn’t simple. Supply and demand in the marketplace can be masked temporarily by canny trading and improper market activities.

For the most part, though, it appears that the dollar has strengthened for substantive reasons: It has become more attractive than other currencies, on a relative basis, because it’s linked to the American economy, which has been growing more rapidly than those of most other developed countries.

What’s more, the monetary cycle in the United States has diverged from that in many other countries: The Federal Reserve has signaled that it is considering interest rate increases, and it has ended bond purchases — or quantitative easing. That reflects the growth of the American economy, a big contrast with Europe and Japan, which are struggling. Last week, the European Central Bank embarked on a new, 1 trillion euro ($1.16 trillion) campaign of quantitative easing, and it has been further lowering interest rates that are already extraordinarily low and sometimes in negative territory.

In Japan, the central bank has also been aggressively expanding its quantitative easing program and keeping interest rates low.

Furthermore, the dollar has worldwide appeal as a “safe haven,” a destination currency in times of global trouble. That role is likely to become more crucial now that the Swiss franc, another traditional haven, has begun to gyrate wildly in value. That has occurred since Jan. 15, when the Swiss National Bank eliminated the franc’s peg to the euro and started charging banks interest of 0.75 percent to hold their reserves.

The Greek elections on Sunday, which have already unnerved financial markets, could well add more immediate luster to the dollar.

Whether this is truly good for the United States is another matter.

There are some clear benefits, which Mr. Prasad enumerated. Global money flooding into dollar-denominated investments tends to lower interest rates in this country. That typically makes home mortgages cheaper, and a variety of assets more valuable, including houses, bonds and stocks. Americans abroad can buy more with dollars, and imported goods like clothing are cheaper. Add that to the windfall for consumers coming from lower oil prices and it could stimulate the economy.

But there are obvious problems, too. There could be negative spillover effects in emerging markets, where corporate debt has increasingly been dollar-denominated. As that debt becomes more expensive in local currencies, financial stress is likely to heighten.

American exports tend to become more expensive abroad, too, hurting businesses that make them and reducing the rate of job creation. “If the dollar were to become much stronger and it persisted, there will be an outcry,” Mr. Prasad said.

More than 40 percent of revenue for the companies in the Standard & Poor’s 500-stock index come from abroad, and those with significant foreign operations will have earnings problems, if they haven’t hedged their currency exposure.

Johnson & Johnson last week reported that its earnings were impaired by transactions in foreign currencies that translated into fewer dollars. Some Wall Street analysts have begun to downgrade their estimates for companies with foreign exposure, while raising their price targets for companies based entirely at home.

Since the dollar began to rise last year, Altria Group, the domestic company, has skyrocketed, while Philip Morris, the international company, has “flatlined,” Bespoke said in a report to clients.

All of which suggests that a strong dollar isn’t entirely and always good, whatever the Treasury secretary says. But it is something we will have to learn to live with.

An earlier version of this article misstated the size of the European Central Bank’s quantitative easing campaign in U.S. dollars. It is $1.16 trillion, not billion.