A dairy farm in Granby, Quebec. Canada is reluctant to open its protected agricultural industry to competition under the Trans-Pacific Partnership

WASHINGTON — The top trade negotiators of the United States and 11 other Pacific nations are gathering this week at a luxury resort in Maui for one last push to complete the largest regional trade accord in history, roping together 40 percent of the world’s economic output.

But even though it is billed as the “final round” of Trans-Pacific Partnership negotiations, trade representatives from the United States, Japan and Pacific nations from Canada and Chile to Australia and Vietnam have high hurdles to clear.

Australia and New Zealand are resisting American rules on access for pharmaceutical companies to their national health systems. Vietnam, Mexico and Brunei have far to go to comply with international standards on labor organizing. Canada is so reluctant to open its agricultural market to competition that it might drop out of the talks altogether.

And just Monday, the State Department’s decision to upgrade its rating of Malaysia’s efforts to combat human trafficking caused an uproar among labor and human rights activists, who accused the administration of a political maneuver to ease Malaysia’s inclusion in the Pacific accord at the expense of wage and sex slaves.

Given the challenges, the prospect of concluding a deal by Friday — the goal of the Maui conference — is far from certain.

“I will be pleasantly surprised if they can wrap it up this week,” said Gary Hufbauer, a trade expert at the Peterson Institute for International Economics.

American manufacturers are issuing demands, unions remain implacably opposed, and nearly a dozen pro-trade Democrats in the House are threatening to withdraw their support for the Trans-Pacific Partnership if the Obama administration offers too many concessions to pharmaceutical giants.

Yet despite all the posturing and bluster, United States and Asian officials involved in the talks say they are confident. One Asian negotiator likened the final round to a chess match where all the final moves are mapped out but the players are waiting to take their turns.

The two giants at the table — the United States and Japan — have largely resolved longstanding trade issues. Japan has agreed to reduce barriers to the Japanese market for American autos, auto parts, pork and other agriculture products. Japan, it is expected, will allow a certain amount of rice, pork and other products into the country duty-free before tariffs snap back into place.

Japan’s prime minister, Shinzo Abe, is in a relatively strong position politically, and he very much wants the accord to bind Washington and Tokyo against the rising economic power of China. An accord between the United States and Japan alone would be a monumental diplomatic achievement for President Obama, trade experts say.

But neither country will sign off on a bilateral agreement unless the other Pacific countries come along, and many of those still have vexing issues. Canada’s national elections in October are making compromise over the country’s protected agriculture markets extremely difficult for Prime Minister Stephen Harper, whose hold on power is at risk.

Australia has been particularly cautious. It opposes United States demands to recognize pharmaceutical patents for up to 12 years before allowing in generic drug makers. American pharmaceutical companies are balking at Australia’s refusal to list on its national health care formulary some of their newest drugs, which critics say raise costs far more than they improve performance. American drug makers want not only the chance to appeal such decisions, but also to take older versions of drugs off the international market altogether.

Last week, Australia got timely assistance from 11 House Democrats who in May helped secure trade promotion authority passage by a mere 10 votes. Those Democrats said they would withdraw their support for the Trans-Pacific Partnership if it raises costs and limits access to drugs for member countries.

“As members who support trade done right, we strongly believe that T.P.P. must not inhibit access to lifesaving medicines,” they wrote. 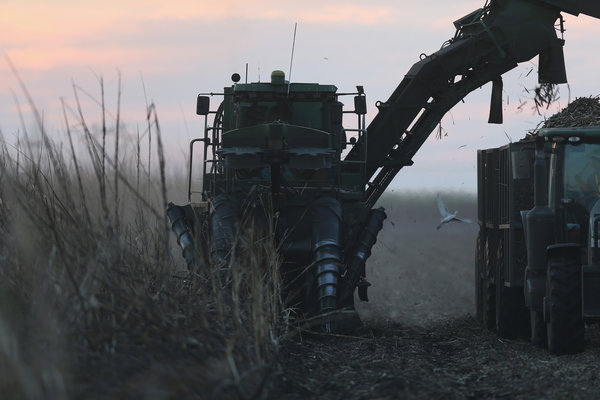 The developed nations at the talks remain concerned about labor rights in Mexico, Vietnam and Brunei; human trafficking in Malaysia; deforestation in Peru; and several other tough issues. The State Department’s decision on Malaysia on Monday brought bipartisan condemnation.

In this year’s law granting President Obama expanded trade negotiating powers, Senator Robert Menendez, Democrat of New Jersey, inserted language barring the worst trafficking offenders from taking part in the Pacific trade deal. He said the administration responded by turning its back on the victims of human trafficking.

Bilateral meetings between Mr. Obama and Vice President Joseph R. Biden Jr. on one side and the head of Vietnam’s Communist Party on the other may have eased the path to final trade talks, but they have not eased concerns over its labor practices.

“Vietnam is wildly out of step with international labor standards,” said Thea Lee, deputy chief of staff at the A.F.L.-C.I.O. “And there’s no credible plan to bring Vietnam into compliance on Day 1. We think if they want to phase in compliance, they should phase in the benefits” of the accord.

But the pressure facing negotiators is acute, stemming in large part from the clock in the United States. Under a timetable set by the trade promotion law Mr. Obama signed, more than four months must pass between the time a final deal is reached and the first chance Congress can even consider ratifying it.

If a deal is not reached this week, no accord can go before Congress until early 2016, when the presidential and congressional election season is swinging into gear.

Unless negotiators can immediately send Congress the final text, the clock won’t start running toward a vote, said Lori Wallach, head of Public Citizen’s Global Trade Watch, which opposes the accord. And no text can be completed until the 12 leaders sign off.

“They are already off the clock for a 2015 vote,” Ms. Wallach said on Monday.