Editor’s note: Tariffs have been pro-growth. That is one reason manufacturers like KitchenAid have trouble finding workers. Tariff-armageddon still is not happening.

Jennifer Hanna would be a dream hire for the many companies wrestling with talent shortages these days. Having worked in factories since 1991, she is responsible for more than 1,000 people building KitchenAid stand mixers that sit on countertops around the world.

Ms. Hanna, though, has worked for KitchenAid’s owner Whirlpool Corp. WHR 1.88% since she was a high-school graduate figuring how to pay for college. It would be hard to lure her away.

The appliance giant helped pay her way through community college and Ohio’s University of Findlay, then handed her increasing responsibility, encouraged her pursuit of an M.B.A. and put her on KitchenAid’s senior leadership team.

As the U.S. labor market continues to tighten, companies are reaping decades of underinvestment in their workers. Blame it on a wave of skilled baby boomers retiring or colleges teaching the wrong things or a lack of loyalty among younger workers. The harder it gets to find the next generation of Jenni Hannas, the bigger the headaches get in the human-resources department.

“If you’re the person who is in charge of finding staff, they want you to go out and find the unicorn,” Andrew Angyal, founder of NexGen Recruiting in Youngstown, Ohio, said. “They want all these people with 10, 20 years of experience and, if you do happen to find them, it’s a big question of whether you can pay them enough.”

Peter Cappelli, a management professor at the University of Pennsylvania’s Wharton School, says the several years of dogged focus on skills shortfalls in America’s talent pool has convinced many senior executives that investing in people is someone else’s responsibility.

“Conventional wisdom now says they’re just going to leave if you train them,” Mr. Cappelli said. “They were persuaded it wasn’t their problem, it was the school’s problem. No one wants to tell the CEO they’re wrong.”

Here’s something for the suggestion box: If the CEO won’t listen, send them to Greenville, Ohio, for a field trip.

It’s where KitchenAid’s workers churn out millions of stand mixers annually, painting them in 80 different colors and fitting dozens of bits and pieces into the machines chugging down crowded assembly lines. Employees in other parts of the plant will soon assemble two new blenders.

The operation halts without people coming to work every day. Ms. Hanna says it takes six weeks to learn how to build a stand mixer, but the most important skill a prospect brings to Whirlpool is work ethic. “Everything else can be taught.”

Ms. Hanna is proof, having graduated from high school with a stellar GPA but not enough money for college. “I wanted to find a company that would invest in me at the age of 18.” That was in the early 1990s, when the U.S. economy was in recession, and manufacturing jobs were in decline.

Over time, she developed an appreciation for various corners of Whirlpool’s business. Building dishwashers inspired her to learn more about plastics technology, for instance. Leading an assembly plant became a goal. Without Whirlpool’s aid, she would have shouldered the entire cost—$75,000 at today’s tuition rates—to fund the education she needed to climb the ranks and likely gone to work everyday mired in debt.

Maggie Hammaker, a 28-year-old assembly supervisor at the mixer factory, is among those walking in Ms. Hanna’s footsteps. She manages about 100 people.

Ms. Hammaker showed up on the factory’s doorstep at 19 with no idea of what she wanted to do. “It was just a job,” she figured, and considered a career in the military. Bitten by the learning bug, she enrolled at Sinclair Community Collegein nearby Dayton, taking business, communications and environmental ethics classes.

Whirlpool’s tuition-reimbursement strategy isn’t unique: 88% of companies offer some type of education assistance, according to Salary.com. Employees eat these programs up. Bright Horizons, an education benefits provider, says 56% of workers would not pursue education without employer support.

Additionally, $440 billion has been spent on corporate-training initiatives since 2013, according to a survey by Training Magazine.

The numbers are big when considered in aggregate, but it’s fair to wonder if they shouldn’t be bigger once you consider them being spread among millions of workers. Annual tuition reimbursements are capped by companies at an average $3,871, Salary.com estimates. Firms spend less than a thousand bucks annually in training per worker, not including tuition reimbursement, according to Training Magazine.

Mr. Cappelli, the Wharton professor, said tuition assistance is now treated like a benefit—like gym reimbursements or 401(k) retirement-fund contributions—rather than viewed as an apprenticeship. Training is too often outsourced or not specifically geared to fix the skills shortage so many executives complain about. 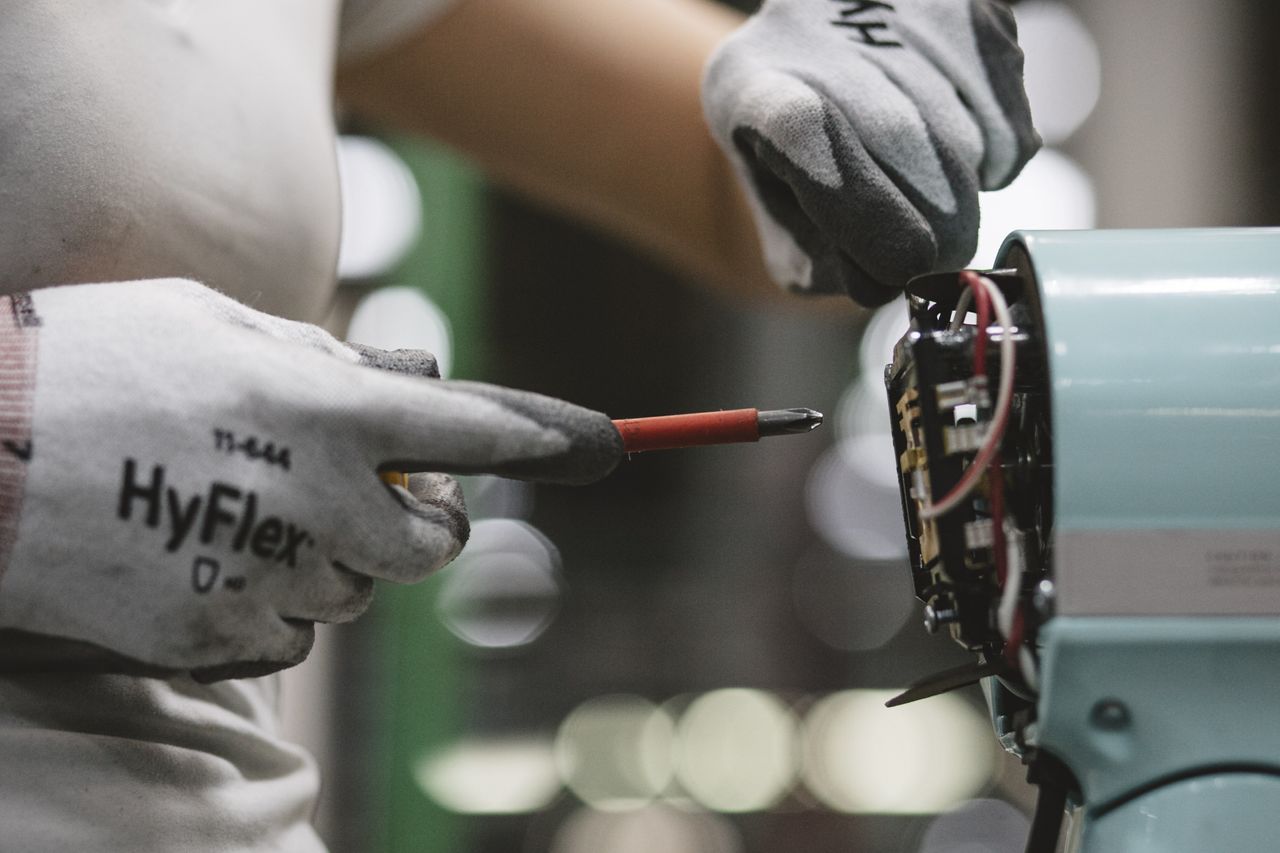 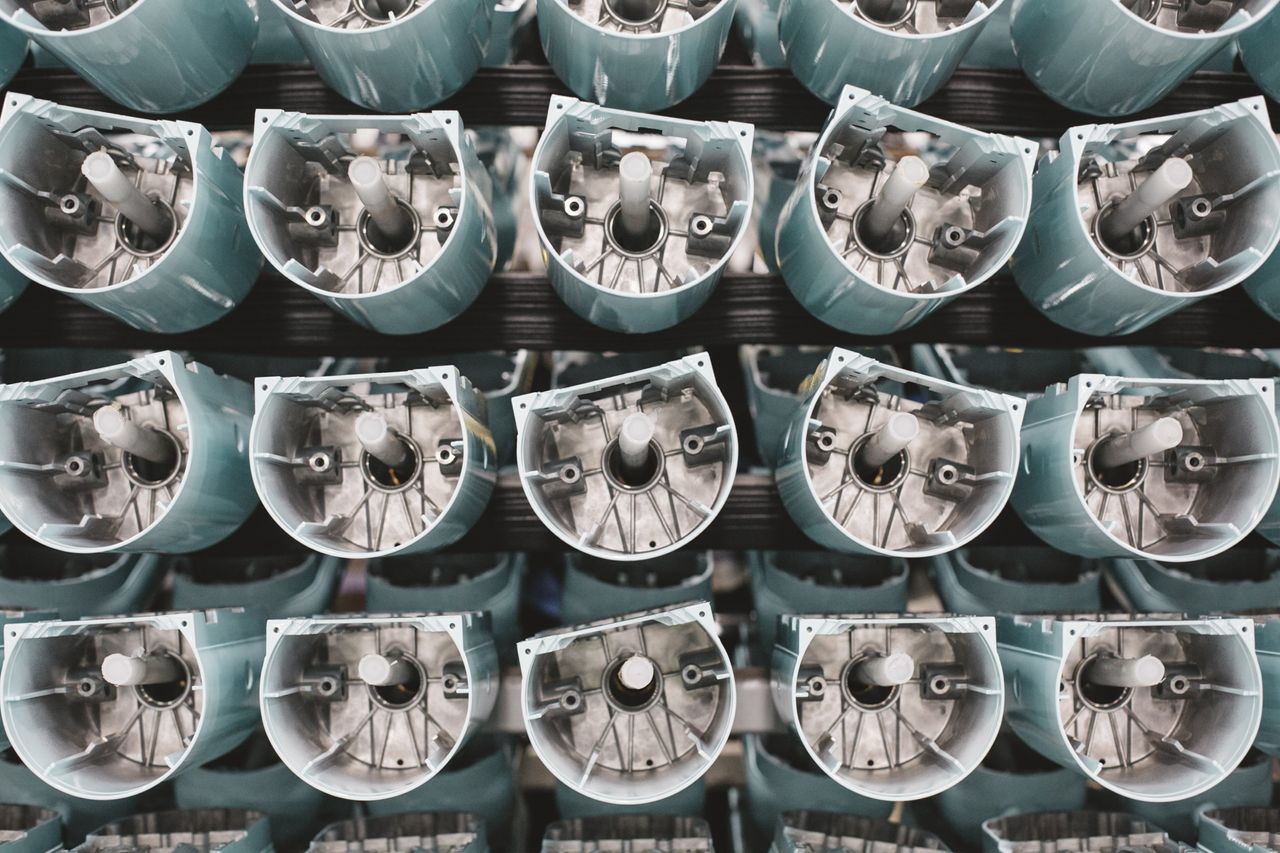 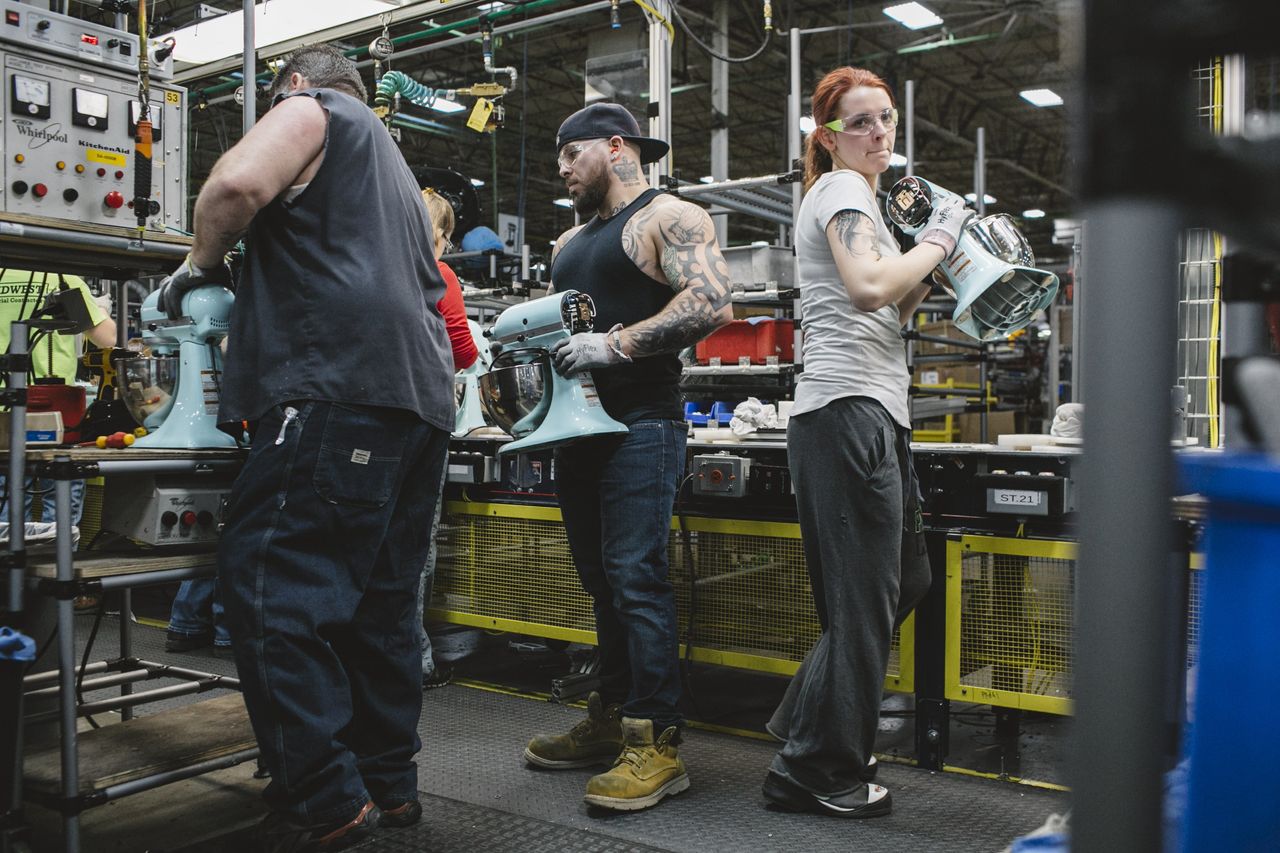 The workers on the KitchenAid assembly lines churn out millions of stand mixers annually. Photos: Andrew Spear for The Wall Street Journal

Bright Horizons recently polled 22,000 people about the effectiveness of training programs and the data indicates they improve attraction and retention. Nearly 80% said the aid made them more likely to stay with the organization and 60% were offered a promotion within two years of graduation.

In an era when millennials are being lured by tech startups with ping-pong tables or daily happy hours, the data suggest the better bet for many companies is an offer to send them back to school.

In Wichita, Kan., aerospace companies have employed several tactics to address the shortage of aviation workers. Textron Inc.’s aviation unit, building Cessnas and other airplanes, has needed to offer higher pay to attract engine mechanics being increasingly wooed by growing airlines or sectors outside of aviation, such as wind turbines.

Textron and another Wichita company, Spirit AeroSystems , are getting more creative even in hiring for less-skilled jobs. Both work with Wichita State University Tech to recruit entry-level workers to Kansas. In addition to paying relocation costs, the program funds several weeks of schooling, provides a stipend and guarantees a job interview.

Textron Aviation hires about 1,000 people in the Wichita area a year, or 8% of its workforce. Spirit is in the midst of adding 1,400 jobs.

Suzanne Scott, director of workforce readiness at Spirit, says the WSU program gets more candidates in the door. But it takes a deeper investment to keep them around. Ms. Scott said the company recently created the Grow Your Own initiative, which boosts use of apprentices and pairs them with coaches.

“We were able to get more experienced aviation-type employees a few years ago and that became less so in the last couple of years,” Ms. Scott noted. “We realized we too needed to change internally.”

Keturah Austin, Spirit’s spokeswoman, said the Grow Your Own plan will outlast the tough hiring situation. “Even if it were a great labor market and there were tons of candidates to choose from, the way we have expanded our recruiting and retention is how it will be going forward. It’s no longer good enough to put an ad in the paper or host a job fair.”