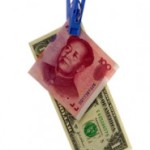 One of CPA’s top issues is currency manipulation.  Paul Volcker once said: “In five minutes, exchange rates can wipe out what it took trade negotiators ten years to accomplish.”

CPA and others sent a letter to Secretary Jacob Lew and Ambassador Michael Froman last week demanding that any future trade agreements have an enforceable currency chapter.  Here is the letter.

We are writing to urge you to include strong and enforceable provisions prohibiting currency manipulation in all future U.S. free trade agreements, including the Trans-Pacific Partnership (TPP).

Manipulation of currency levels by one trading partner to gain an unfair competitive advantage over another is one of the biggest distortions of international trade in the 21st Century.  Currency exchange rates, the medium in which trade occurs, should be determined by the market, but unfortunately, some of the most important U.S. trading partners actively manage their currencies by intervening in the exchange rate markets.  This has inflicted enormous economic damage on the United States and undermines public support for new trade agreements and their potential economic benefits.

The economic consequences of currency manipulation are enormous and widespread.  Several recent economic studies have estimated that undervalued currencies resulting from intervention have caused an increase in the U.S. trade deficit of up to $500 billion per year, which suppresses U.S. employment levels by five million jobs.  If currency manipulation is addressed in new trade agreements, it could lower the U.S. trade deficit, boost U.S. economic growth, U.S. exports, and lead to more American jobs.

In the context of trade agreements, currency manipulation can also be extremely damaging, as it can be used to unwind commitments made by other countries.  For example, regardless of what sort of tariff phase out a country secures through a trade agreement, it can simply offset that commitment by devaluing its currency by the same or greater amount.

Ideally, these issues could be addressed through the International Monetary Fund (IMF) and World Trade Organization (WTO).  Unfortunately, neither international organization is up to the challenge. The IMF prohibits the manipulation of exchange rates, but does not articulate a clear test for making this determination, and lacks an enforcement mechanism.  The WTO also prohibits currency manipulation to gain an unfair competitive advantage, but points to the IMF rules for guidance, which as previously noted, are insufficiently precise.

With the full expectation that some countries will continue to manipulate their currencies to gain an unfair competitive advantage and that the tools provided by the IMF and WTO are inadequate to address this problem, we strongly recommend incorporating a new standard for the treatment of currency manipulation in all future U.S. trade agreements, including the TPP.  We the undersigned consider addressing currency manipulation in the TPP as well as other, future trade agreements to be a top priority.

Our strongly-held views have good company.  A bipartisan and bicameral majority of the U.S. Congress – 230 Members of the U.S. House of Representatives, and 60 members of the U.S. Senate – sent letters to the Obama Administration making it clear that including strong and enforceable currency disciplines in the TPP agreement is a priority for U.S. lawmakers.

To meaningfully address the abuse of currency manipulation, we propose the following three-part test to determine whether a country is manipulating its currency, and the loss of the agreement’s benefits as the consequence of failing this test.  These test criteria draw heavily on the indicators produced by the IMF and the economic literature analyzing these indicators, and purposefully do not impede on a countries’ flexibility to utilize sovereign monetary policies, such as quantitative easing.

We believe that the following test is a strong, meaningful, reasonable and achievable approach:

We additionally propose that trade agreement signatories would be obligated to share information including their foreign exchange holdings and their interventions to acquire foreign assets on a quarterly basis in compliance with their IMF transparency obligations.

The prohibition on the manipulation of exchange rates by a member of the trade agreement to gain an unfair competitive advantage over other members and the transparency obligations discussed above would be enforceable through the agreement’s dispute settlement process.  Dispute settlement of these currency issues would be expedited and panels convened to resolve such disputes would be composed of individuals with established expertise in the field.

If a party to a trade agreement is found to have breached either of these currency commitments, other parties would be entitled to suspend the benefits of the agreement with respect to the violating party for at least a year.

We strongly urge the United States to secure the strong and enforceable language prohibit currency manipulation we have proposed in the TPP.  Doing so will simultaneously boost U.S. economic growth, exports, and jobs.

We thank you for your consideration of our request.